Solid Legal Protection Without the Expense

How to co-own real estate as tenants in common.

Whenever a you want to buy a home, commercial property or other piece of real estate, you might want to do so as a member of a group of like-minded investors.

There are many ways of going about doing this, with the purchase as tenants in common one of the most often encountered.

A form of co-ownership, tenancy in common is a term used to describe how the property is owned, and which party is responsible for what. Ccommonly found amongst time-share or similar agreements, tenants in common is a way to divide the practical use of property easily and without complications.

WHAT IS A TENANT IN COMMON?

Anyone who purchases a home or other real estate property and who chooses to be a partial owner can be a tenant in common.

When entering into an Agreement between Tenants in Common, each party agrees to certain responsibilities (usually a percentage of the cost and upkeep expenses) in return for the exclusive right to use the property at certain times or purely for investment purposes.

The Agreements Between Tenants in Common will usually state that the co-owners have the exclusive right to determine how their share will be passed on after they die. This is the main reason why tenancy in common is much more frequently found than joint tenancy.

HOW DO I MAKE A TENANT IN COMMON AGREEMENT?
To be sure your Agreements Between Tenants in Common is valid, you must state explicitly your desire to enter into such a co-ownership. Each party who buys a part of the property must agree to the terms, and the agreement must be in writing. You will also need to ensure that the specific portions of ownership and responsibilities to upkeep and maintenance are also spelled out clearly.

CAN I SELL MY OWNERSHIP INTERESTS TO OTHER PEOPLE?
Yes and no. The Agreements Between Tenancy in Common allows co-owners to sell or otherwise dispose of their portion of the property, but not without first offering their fellow co-owners a chance to buy their interest. This ‘right of first refusal’ is often included in such agreements to allow the co-owners a chance to match the price the seller would get from the prospective buyer. The manner of notification and acceptance of these offers is clearly stated and described.

Time share agreements and other co-owned properties can be a lot of fun, and often a worthy investment. But before you enter into such an agreement, you should be clear what the terms are. A tenancy in common often comes with responsibilities, and you need to be sure the agreement is satisfactory before you sign on the dotted line.

Co-Ownership an Effective Way to enter The Property Market. 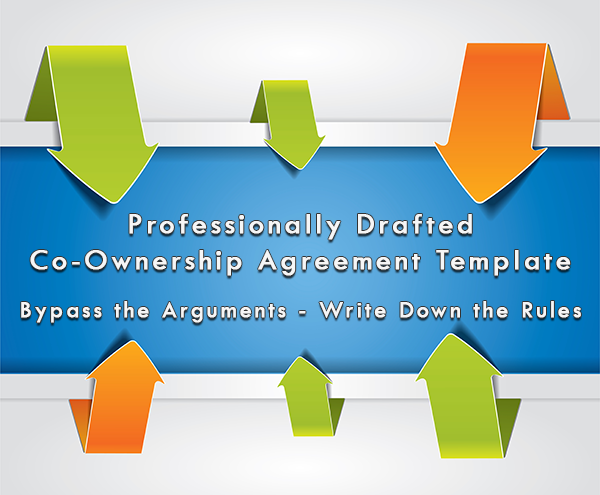